Part One: Interview with Asher Jael

Tags: Aire to There, Chinua Achebe 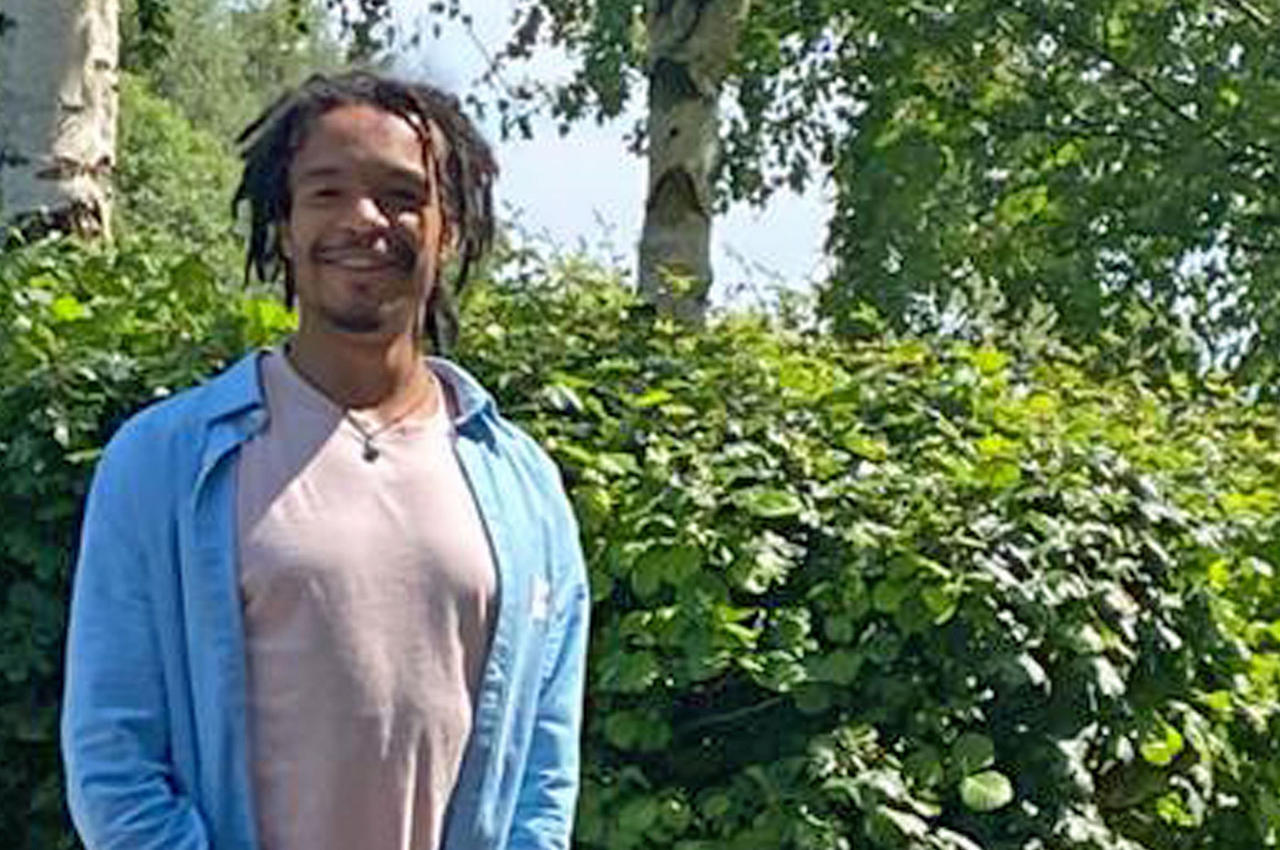 In the first part of our interview with writer and activist ASHER JAEL, he talks about growing up in Hull, the key role played by storytelling in preserving African history and how novelist Chinua Achebe inspired him as a New Responses artist for Heritage Corner…

Asher Jael was raised by his mother and her family in a working class white British community in Hull. “My Dad's heritage is rooted mostly in Nigeria, and his ancestors were enslaved on British sugar plantations in Barbados; my mum is white British and western European,” explains the Leeds-based writer, performer and activist. “My family has Celtic origins and I always find myself thinking that when we say British it’s synonymous with English, but obviously that’s not always true.”

Asher’s inherited musical memory and record collection includes a lot of reggae. “There was some Caribbean music too, even though I wasn’t introduced to Caribbean culture as a whole. The food and the art I would discover later on, but I did go to the Carnival as a child. My grandparents lived in Chapeltown and Meanwood, so I’d come and stay here in summer.”

Protest songs also loomed large. “There was a lot of Bob Dylan, a lot of Van Morrison. My grandad really liked Irish folk music, so I grew up around different genres which I’d describe as antagonistic of power and subversive of mainstream culture.”

Graduating in 2020 with a Masters in Peace Studies from Leeds Beckett, Asher focuses his creative work ‘at the intersection between social injustice and community arts.’ It means he was a good fit for Heritage  Corner’s Aire to There, a partnership project with the Geraldine Connor Foundation, Ignite Yorkshire, IVE and Canal Connections.

Over three intensive days, ten young people from Leeds, aged between 16 and 19, were invited to explore and uncover the hidden local and international histories of  Leeds Waterfront with a view to recording audio tracks for walking and boat tours. It chimes with Asher’s  personal artistic journey and his fascination with his African heritage.

In your writing, you have stated the case for reclaiming history from the historians, choosing to focus instead on oral traditions of storytelling.

If you look at traditions of African culture, especially from West Africa, writing systems have been used in a completely different way. History has largely been recorded through oral traditions, whether that is song  and dance or performance, they’ve been passed down.

For example, the griots of Mali are hereditary lines of musicians - fathers teach sons to play stringed  instruments alongside mothers who teach daughters to sing the songs which accompany them - and their songs record their history.

Of course, there are writing systems too, but they often played a different function in society to written English language and literature. Western cultures and Western societies seem to want to record everything through writing and think this gives it some sort of ontological grounding, some concrete certainty that this is history.

When history is recorded through music and dance, it’s kept alive for people with emotional interaction. I think if you hear a song about history, there is a sentiment there which can't be recorded through the kinds of written records you more commonly find in a Western academic setting.

And that’s not to say it’s black and white and that there are no written records in West Africa because if  you look at Timbuktu and the number of books published there, especially those by Black Islamic scholars, it’s not that simple.

I guess we pay homage to African history and validify all those oral histories if we allow them to be present in the continuation by recording things through performance and through dances and through song.

Last October for Leeds Black History Walk’s New Responses you drew inspiration from Nigerian writer Chinua Achebe (Asher was one of four local artists invited to contribute). What was it about the author that so resonated with you?

So first of all, I could have chosen Wole Soyinka, another Nigerian revolutionary writer who was imprisoned for his activism and his writing and his art and his voice - his voice was too powerful for  Nigerian society in the late sixties and early seventies – but the reason I didn’t was because he’s still alive. The fact Chinua Achebe isn’t felt more respectful, like I could invoke his spirit and his ideas and bring them  into this space. If I was to perform (as Wole Soyinka) it would feel perverse or backhanded, like I was doing  something behind his back, whereas to remember the dead – and to perform as the dead – seemed to be more justified.

Chinua Achebe as a writer was unapologetically Nigerian and unapologetically black. Even when performing to a white audience, he would talk about the necessity for him to remain as an African writer which is something that struck a chord with me. When I write I’m black, I’m mixed race – what Stuart Hall  would call my signifiers to other people are non-white – but my voice was firstly white and my upbringing was white in a lot of senses.

He spent a long time figuring out what it meant to be a black writer and that chimed with me. Despite us having this completely different background and backstory, we both arrived at the same political calling: to be something more than just a writer. I’m not comparing my talent to Chinua Achebe, I’m comparing our ambitions.

Asher Jael is a writer, digital content maker and abolitionist. For his MA in Peace Studies at Leeds Beckett, he specialised in the Black British experience between 1968 - 2018. Find out more on www.asherjael.co.uk.

Aire to There is presented through the partnership of Ignite Yorkshire, IVE, Heritage Corner, Canal  Connections and the Geraldine Connor Foundation and is supported by funding from Leeds Inspired and the National Lottery Heritage Fund. An audio product based on the outcomes of the workshop is planned later this year.